The wait is over...God blessed us with a wonderful gift this past week - Jesse Clay Beran arrived on July 19th at 9:24 AM! He weighed in at 7 pounds 10 ounces and was 21 inches long! He's our number 5, but has already set himself apart with a birth story that is unique!!

We arrived at the hospital Tuesday morning after a quick drive to town - usually it's nearly a 45 minute trip, but this time Job cut it to 30! At 8:55 we spoke with the nurse in the OB department and since all three delivery rooms were full she took us into a family waiting room to get my vitals, but she soon realized things were progressing, so opened the door and informed the others, "We NEED a room!" It was then Job said, "I kind of feel like Mary and Joseph!!"

The nurses responded and a little after 9 we made our way into the new found room! And it wasn't even 25 minutes later when I sat in disbelief with a new little boy in my arms! Once again I was overwhelmed with all God had done...the provision, the details, the gift! He is GOOD!!

We quickly called his big brothers and sisters to share the news, but had yet to name our new little man. In the hours to come, God would give us that as well. We knew it would be a J and had it narrowed down, but eventually realized he was our little Jesse, which means gift. Now 5 days later, I know this is his name...gifts aren't something we expect or get on our own; no, they come from God and for that I am grateful!!

After his first name it was onto the middle, which was a much quicker task! Early on in the pregnancy it seemed God had given me the middle name for either a boy or a girl and as we said, "Jesse Clay" we knew that was the case. Throughout the pregnancy I was reminded that I am nothing but clay in the hands of the Potter and our prayer is little Jesse will one day surrender his life to Christ and allow God to shape him, mold him and use him for His glory!! 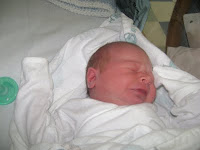 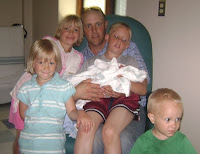 "Look what I found!!"
A picture of peace! 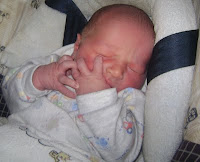 Thanks to all of you for your prayers and well wishes, we are blessed and thankful!!
Posted by Jill Beran at 10:37 AM 3 comments:

Tomorrow we hit 37 weeks in our pregnancy and the waiting game has already begun! The closest we've come to our due date was a week early and the Dr. doesn't expect us to deliver this one July 28th. Today as thoughts about our baby, the delivery and timing distract me I was reminded I have felt this way before.

Back on October 9th of 2009 I was in a similar position - awaiting the arrival of our 4th child when I shared these words...

"I'm beginning to feel I can relate to John Waller's song, "While I'm Waiting" in a whole new way. But really I guess the song relates to any waiting periods we have. In this life we have various situations and circumstances and the last 10 days we've played the waiting game in our house.


You see we are expecting our 4th child on the 29th of this month, but last week after my check-up, the Dr. told me things were progressing. So I travelled home expecting the baby to be born soon...

After a couple of normal days, my patience was growing thin and I was growing frustrated as I attempted to figure out when this little one would arrive. Yesterday I returned to the Dr. and she told me my body is half way there, but yet now 24 hours later nothing has happened.

Now it's not only my patience that is growing thin, but so is that of my oldest 2 kids who are anxiously awaiting their new little brother or sister. Today as I've been frustrated with our time of waiting, I heard the song, I've listened to numerous times, but related to it in a whole new way.

Regardless of why we need to wait, God has a purpose for these minutes, days, weeks and sometimes years. And today He has simply reminded me I'm not the one in control, life isn't about my plans, but His and since they are perfect while I'm waiting I pray this is the song of my heart...

And I am hopeful

Though it is painful

But patiently, I will wait

I will move ahead, bold and confident

Taking every step in obedience

I will serve You

I will not faint

I’ll be running the race

Even while I wait

And I am peaceful

Though it’s not easy

But faithfully, I will wait

Yes, I will wait

I will worship while I’m waiting

I will worship while I’m waiting

I will worship while I’m waiting on You, Lord."


My Dr. hasn't made any predictions but has reminded me with my history we should be prepared. The words to this song and the memory of a past "wait" remind me God is in control and He is worthy of my worship! Lord, help me, help us all do this!!
Posted by Jill Beran at 2:31 PM 2 comments:

I've been away from my blog for awhile and the title of this post is part of the reason - I have found myself a bit overwhelmed at times! There have been moments this description of me has defined me - not always a good thing, but God has used this to teach me.

You see we are weeks, or possibly days from delivering our 5th child, and though I've known about this and had 8 months to prepare thinking about it still overwhelms me at times. I mean I'm the gal who survived on nutty bars, Diet Mountain Dew and macaroni and cheese my first couple of years out of college. I'm on the verge of being responsible for feeding 5 little ones - that alone is a scary thought!! It's not just the physical feeding (or cost of raising a family) that has consumed me but the spiritual growth and training I'm responsible for as well.

Then there are the events outside the walls of my home as well - the pain, the grief, the sin, the lost, the change...if I allow myself to focus on this in the wrong way the overwhelming feelings intensify! But, the other day as I took a walk down our quiet country road God reminded me being overwhelmed isn't always a bad thing.

Initially this thought surprised me, but then I was reminded of the times God has overwhelmed me and that is a good thing!!! I paused and took a moment to let this thought sink in and as I did I looked out across the field to see our cattle and God reminded me of His, "I have no need of a bull from your stall or of goats from your pens, for every animal of the forest is mine, and the cattle on a thousand hills." (Psalm 50:9-10) The thought of His resources overwhelmed me and took the worry of my lack of them away!!

My lesson in the great outdoors didn't end there, overhead there were birds and I was reminded of the sparrow, "Not even a sparrow, worth only half a penny, can fall to the ground without your Father knowing it. And the very hairs on your head are all numbered. So don’t be afraid; you are more valuable to Him than a whole flock of sparrows." (Matthew 10:29-31) God cares about the birds, He sees them fall...though others may be unaware of my struggles, He is in the midst of them. The overwhelming thought of feeling all alone was replaced by awe for the value my Father sees in me!!

Then an internal kick changed the course of my thoughts and God changed the reason for my overwhelming feelings. At times I've focused on the change that lies ahead and the work that mothering 5 children will involve, but as I recalled Psalm 127:3 my perspective changed. These words say, "Children are a gift from the Lord; they are a reward from him." I was still overwhelmed, but now it was for a good, Godly reason - the God of the universe has chosen me to be these little ones Mom, that is unbelievable! They truly are gifts I must treasure!!

Thinking about the responsibility these gifts require is a bit overwhelming, but God kept the lesson going as I recalled Isaiah 41:3, "For I am the LORD your God who takes hold of your right hand and says to you, Do not fear; I will help you." This is not a job I can do on my own and when I think about it that way I am overwhelmed, but knowing God is there and not just offering His help, but assuring me of it, I am overwhelmed for a new reason. A good reason, a Godly one!!

Friend if you find yourself overwhelmed today can I suggest you take your concerns to the Lord, listen to what He has to say. Let Him overwhelm you with His love, His power, His provision and His strength!!
Posted by Jill Beran at 4:46 PM 1 comment:

Email ThisBlogThis!Share to TwitterShare to FacebookShare to Pinterest
Labels: Who am I?
Newer Posts Older Posts Home
Subscribe to: Posts (Atom) 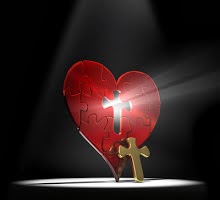 Your Call to Action! 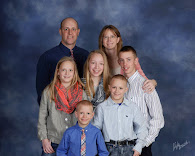 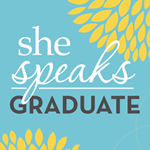